As a child I had very little interest in dolls. All we had in Finland was standard Barbies with blond hair, blue eyes and insane smile, and I hated those dolls. I felt like they were telling me to conform to some preset mold and I had much more fun scraping my knees climbing and sword fighting with sticks. Needless to say I was a tomboy and all my friends were boys.

It was only later, when my six years younger sister got the Disney Pocahontas Barbie that I felt like I wanted a doll for the first time. Her long black hair and exotic features were enchanting, but I felt I was too old to play with dolls. The first Barbie I did up buying, at the age of 22, was the Princess of South Africa. To me she was just too beautiful to pass by and that ebony skintone was mesmerizing.

When I finally became a doll collector on 2006, my first doll was Urban Outfitting Nadja from Fashion Royalty. I never really understood why the dark dolls always seemed least popular to mass audiences, as over the years, I bought several duplicates of this doll for customization. You can see some of these early works on my Flickr sets: Nadja/Colette, Snow Queen, and Road Warrior.

Very soon I noticed that for some reason ebony skin dolls such as Nadja ended up discounted and discontinued, where the tan version of the same sculpt (Colette) was one of the favourites. I still cannot fathom why is this, that both in adult collectible market and playline toy markets the African dolls were less popular. Is this a socio-economic factor of the American market that dominates the sales, racism or media white washing beauty ideals? What ever the case was I wanted to stand against it.

So, on 2011 when I was working on my first prototypes for Inamorata, it was an African sculpt head that I started out with. In the end of 2012 the first two Inamorata prototypes were unveiled in Haute Doll article “Beloved Dolls” by Jill Jackson, and I took a quite a bit of a risk by rebelling against the Caucasian doll stereotype by releasing African Nnaji and Asian Miao. Happily it paid off and the first LE Inamorata dolls in 2013 all sold out withing 12 hours of release. It wasn’t until 2014 in Paris PFDF that I finally added a Latin doll, Charo, to the Inamorata family. On 2017 I added three other sculpts including another African character: Nubia. 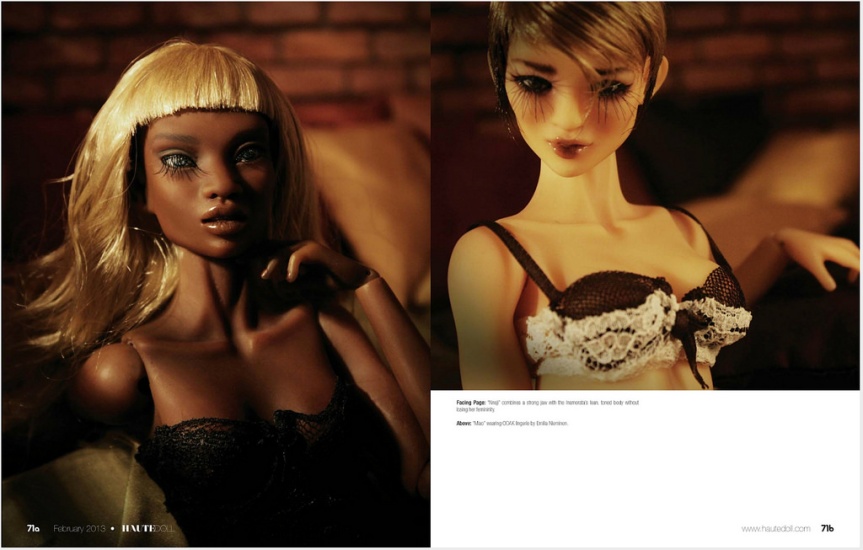 I do love dolls of every shape and colour, but somehow it is the dark resin ones that I truly enjoy working on and photographing. They are more challenging to light and photograph. Sometimes, when it’s really cold in winter in Hong Kong (we have no indoors heating here), the UV sealant spray turns milky and completely ruins the face up or body blushing I’ve spent days working on. It can be super frustrating, but the only thing to do then is to remove all paint and start over.

I love dark resin dolls and the two African sculpts: Nnaji and Nubia, although it is always exciting to see other sculpts in dark resin too. I find them so exotic and beautiful. It is something about the exquisite arch of the elongated Egyptian skull. It is the beautiful broad nose and luscious lips. It is the way light plays on the dark skin. I tried hard to capture this beauty in both Chocolate and Coffee shade resins. It is the gorgeous contrast of the lighter palms and feet. It is simply the presence, unique to black beauty. That is why I wanted to write this post to celebrate versatility and the dark resin Inamorata dolls I’ve made over the years.

Please leave comments and tell why you love dark skin dolls, and do you think they have become more popular over the years? 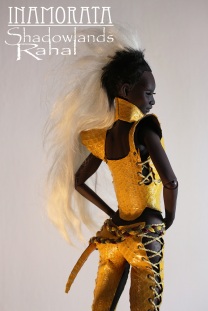 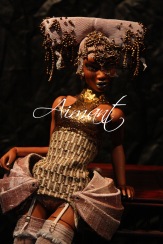 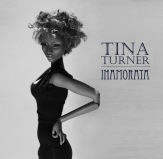 One thought on “Love for Dark Resin Dolls” 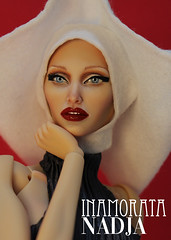 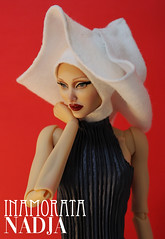 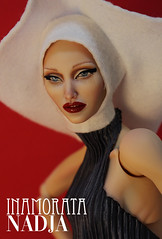 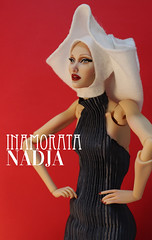 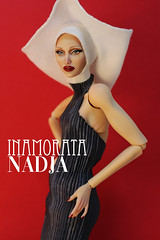